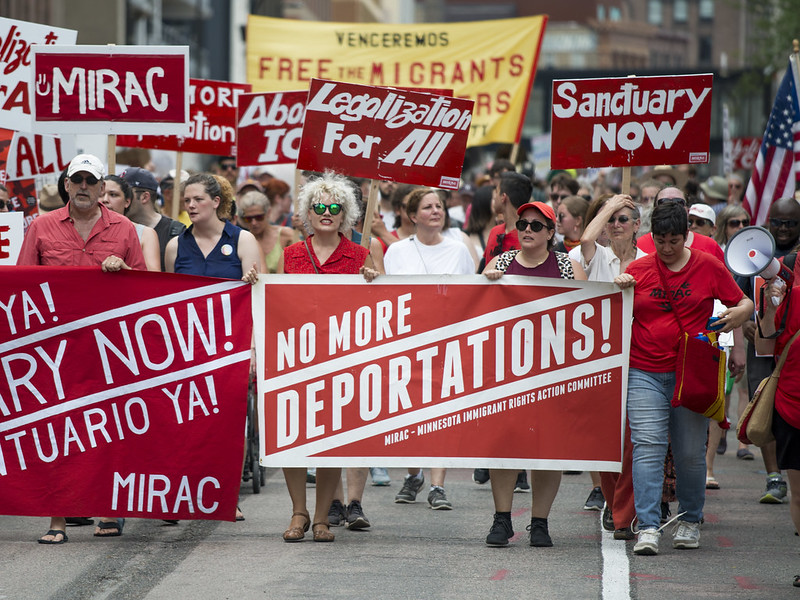 We have all heard the saying, “Pick on someone your own size”—but for the immigration system, this idea seems to have been lost as they repeatedly target children. We saw the horrors of the detention and separation of children at the border over the last few years. And with a change in administration, we hoped that immigrant children would no longer be placed at the center of the immigration tug-of-war. Unfortunately, this has not yet become true.

For certain children who have suffered abuse, neglect and abandonment by one or more of their parents in their home countries, the trek to America sometimes ends with the one thing they long for most: a loving and safe family. Decades ago, Congress set up a program called Special Immigrant Juvenile Status (SIJS) to provide safe harbor in certain situations. When a state court has intervened and factually determined an immigrant child has suffered trauma and needs protection, and that it is not in the child’s best interest to be returned to his or her home country, the law provides refuge.

In essence, the state court vets the matter and determines that a particular child has special circumstances which are consistent with Congress’s intent to intervene and prevent further harm. The state, however, does not act alone. Armed with these factual findings, the child then turns to the Department of Homeland Security (DHS) and seeks enumerated protections under the U.S. immigration laws. They do this by filing a petition asking that they be recognized under the Special Immigrant Juvenile Status Program; DHS is the adjudicator of the petition and, in approving it, consents to the child’s classification. One would think that would end any dilemma the child then faces. But, that is just the beginning.

For many such children, the approval of these petitions opens the doorway to immediately obtaining permanent legal status. For others, primarily from Honduras, El Salvador, Guatemala and Mexico, there remains a wait for visa availability. This wait can be several years long because of the arithmetic surrounding the appropriation of visas. In such cases, DHS on the one hand, recognizes that these are vulnerable children who need protection, while also aggressively continuing their efforts to secure deportation orders against them. Reconciling these two opposing positions seems impossible. And it is.

Rather than simply delaying cases for such children who are caught within the deportation machine, DHS actively interferes with the child’s ability to remain in the country until a visa becomes available. While their rationale for such an arbitrary effort remains unclear, what is clear is that there is a simple solution available to avoid such an unconscionable result: the termination or continuance of removal proceedings by DHS. While DHS may wish to continue the matter rather than terminate proceedings all together, prior to visa availability, their current position discards both options and advocates only for the issuance of a deportation order. It inspires further harm.

Returning abused, neglected and abandoned children to the places of their trauma seems antithetical to the very principles of the SIJS program and DHS’s role in consenting to protections in the first instance. DHS Secretary Mayorkas has often said that he understands the plight of immigrants because he has experienced it firsthand. If this is true, then DHS, under his stewardship must reevaluate their actions in undermining the SIJS Program and the safety of the children it was designed to protect.